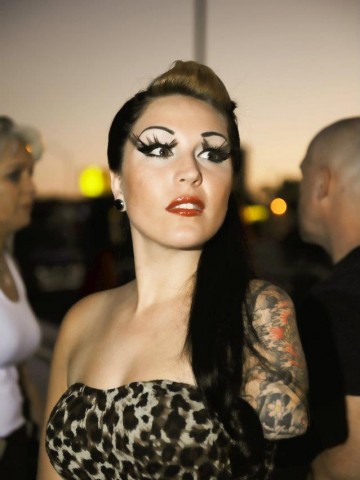 About: I have been the only amputee model to grace the pages of "horse back street chopper Magazine" march 2013. I have also been featured on the cover of Revolution Alternative Magazine in April of 2013. I have also been featured in Inkspired Magazine, Bizzare Magazine and Incredible Features Magazine. I've had a television début on National Geographic's Taboo USA episode 9 in July of 2013 and the Travel Channel in 2010. In October of 2012 I worked as a hired actor at Zappo's Zombie Apocalypse in Las Vegas Nevada. I have a long list of both visual art in film, horror and macabre.

The work I am proudest of would be working for the US military as a combat medical trainee, I am dressed in FX make up and through the use of my amputated limb I train solders on how to attend to a newly amputated civilian that may be some kind of casualty of bombs and or warfare.