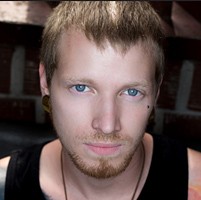 Jason Barnes is a model, actor, motivational speaker and talented musician. He has recently performed for Drum Talk TV as well as Robotronica in Australia. He has also acted as a background actor for the movie The Accountant, soon to be released.

Born on the island of Guam, Jason has lived in various places in the world from the Seattle area to Roatan, Honduras, and now is residing in Atlanta, Georgia.

Because of his intense life experiences, Jason's passion is to bring awareness about disabilities, technology and transhumanism through music, acting and public speaking. As a subject of ongoing scientific experiments through Georgia Tech and the National Science Foundation, Jason has been on the cutting edge of music, science and technology.

One of Jason's most important goals is to expand the work of his non-profit foundation specifically designed to help aspiring artists and musicians who have experienced disabling catastrophic events to continue pursuing their dreams.

Jason has a wide variety of passion and talents, ranging from his musical background as a drummer and music producer, to motivational speaker and actor.

As a recent below elbow amputee, resulting from a devastating electrical accident in 2012, Jason has experienced the best of both worlds. Since his accident he has travelled the world extensively performing various musical acts, motivational speaking, and acting.

Jason is adept at adapting to any situation handed to him, both in his personal life and professional career, whether it’s a musical project, speaking project, acting or modeling.