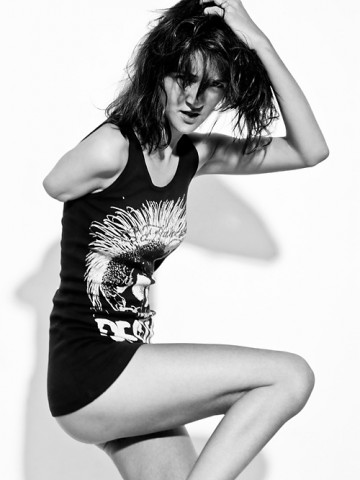 About: Debbie van der Putten, born in 1985, is a model with a physical disability. She lost her right arm at the age of 19 in a bus crash in the South of France. She was a contestant in the BBC3 Reality TV show, Britain’s Missing Top Model in 2008. Britain’s Missing Top Model was broadcast in the UK, Scandinavia, Holland, South America and America. Before entering the competition, she was a contestant of a televised beauty pageant in Holland for disabled women called Miss Ability, a live beauty contest where disabled women compete in nightgowns and bathing suits, then present short video films on how they’ve “overcome” their physical conditions—whatever impairments contestants have must be “visible to the eye” in order for them to compete. Viewers vote for the winner. Debbie worked as a model where she did photoshoots with top fashion photographers, and was featured in Cosmogirl and Elle Magazine. She featured in Playboy Magazine in 2007. She is now working as a professional model with campaigns for Dutch fashion chain DiDi Fashion and Fudge Hairproducts, and director of the IMperfect Campaign Holland that fights for more diversity in fashion. In the 2012 she was the Spokesperson for Models of Diversity a non- profit organisation in London as their spokesperson she was also the face of their first billboard campaign during the 2012 Summer Paralympics in London and did interviews on the paralympic breakfast show on channel4 and itv’s breakfastshow. Since 2013 debbie is mainly concentrating again on her own IM-perfect campaign that mainly promotes diversity in highfashion. Debbie is represented by Ben Barry Agency in Toronto, Canada. For bookings please contact This email address is being protected from spambots. You need JavaScript enabled to view it.