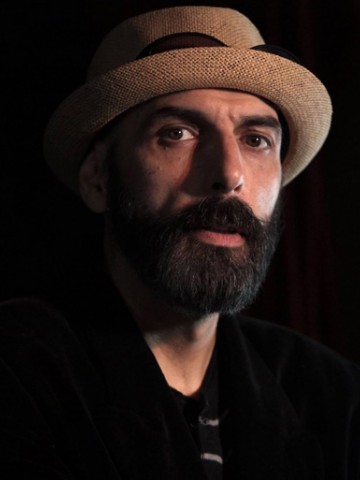 Jay Stoyan grew up in Toronto with a disability “Familial Mediterranean Fever”, an incurable illness which he continues to deal with to this day. Growing up in Scarborough and becoming a published author, documented his experiences in his novel, “Flanagan’s”. A tale of the streets. He has managed a popular night club in Toronto’s entertainment district, has been a retail store owner in the ‘FCP’ underground concourse that exists below the downtown streets, is a dedicated dad to his beautiful daughter and highly ranked swimmer and he enjoys martial arts. He has always been, first and foremost, a die hard sports fan, loyal to Toronto’s teams throughout the struggles. He has appeared many times as a guest on Micheal Landsberg’s “Off The Record” sports show and CFRB 1010 with Spider Jones..

This led Jay to develop his own Online talk Show and TV Show. Hosting the ‘Toronto Jay Variety Show’. His one hour On line show commenced in 2007 to 2011 on “ThatChannel.com” – moving onto Rogers TV, Wayne Gretzky’s Toronto and FOX WUTV ’29’.

Jay really enjoys getting feedback from viewers, and has a great feel for getting what viewers want to see on to the screen.