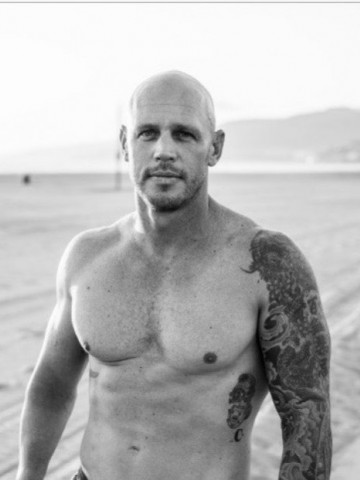 About: Army Airborne, Navy Bomb Disposal Diver, Shark Attack Survivor, Speaker, TV Host IMPROVISE...ADAPT...OVERCOME... These three words – a mantra Paul learnt in the Australian Army as a young Paratrooper – resonated with him the first time he heard them. Paul de Gelder chased adventure wherever he could find it, from his wild ride as a hoodlum teen and his whirlwind lifestyle working in strip clubs & the music industry to hauling his way up to the elite echelons of the Australian Defence Forces as an Army paratrooper and then Navy bomb disposal diver. But trouble hunted him down in the form of a brutal shark in February 2009 while diving for the Navy. Paul lost two limbs, and his career as a daredevil diver was flung into jeopardy. Drawing on everything his eventful life had taught him, Paul left nothing to chance in his recovery. He fought through excruciating pain, smashing challenge after challenge whilst amazing the medical staff and the Australian public with his will to succeed. His inspiring story as detailed in his autobiography “No Time for Fear” takes the saying “never say die” to a whole new level. In the eight years since the shark attack, Paul's life has changed in every aspect. Having left full time Navy Service in August 2012, after continuing to instruct Navy Divers for a further three and a half years, Paul has travelled the world as a top motivational speaker, passionate environmentalist, adventurer and mentor to school kids. He has spoken at venues across the globe, from the United Nations in New York and the US Navy in San Diego to Military celebrations in front of thousands and keynotes for multimillion dollar corporations and charity organisations around Australia and S.E Asia He has also been a guest on every major Australian TV talk show and many in the U.S. He starred as a guest trainer on the Biggest Loser Australia, and has co-hosted 7 documentaries for Discovery Channel’s Shark Week. Paul also became part of an anti-poaching team in Africa to hunt poachers and film the amazing work done by the Rangers there for "FEARLESS", aired on NatGeo. Paul has been touted as one of the top 15 inspirational Australians and top 10 speakers and now based between Sydney & Los Angeles he is preparing to film yet more documentaries and completed an acting role for a 6 part mini series for FOXTEL. Paul is available for speaking opportunities throughout the U.S. and Australia.