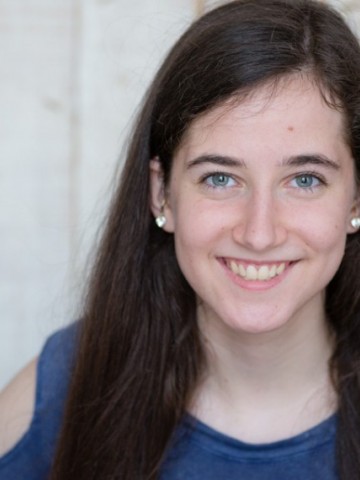 About: Erin Rosenfeld is a 19-year-old hard-of-hearing/Deaf actress based in the Chicago area. She wears hearing aids in both ears and is fluent in American Sign Language (ASL); she can communicate via spoken English as well as sign language. Some as Erin's favorite past work includes playing Sylvia in the play "Tribes", Rosalind in Shakespeare's "As You Like It" (Oxford University in England), Avram in "Fiddler on the Roof" (Light Opera Works - now renamed Music Theatre Works), the lead in short film "Mom's Baby is Me" (Northwestern University), a sign language performer with Chicago's Underscore Theatre, Dorothy in "The Wizard of Oz", and many more. Erin hopes to break boundaries as a Deaf actress and help spread awareness and inspire other people with disabilities. When she isn't performing, she is advocating for accessibility for the Deaf community, and this advocacy work has earned her features in Teen Vogue, Forbes, CBS's Inside Edition, Fox News, Brut America, and more.